In October 2016, at the age of 21, I was diagnosed with primary mediastinal large B-cell non-Hodgkins lymphoma. After a few weeks of chest pains, finding a lump on my chest which led to many tests, I was admitted to Cincinnati Children's Hospital where I received treatment.

Prior to being diagnosed, I was a diver at Virginia Tech. I had to give up diving to a shoulder injury and take a year off from school to receive treatment. Upon being diagnosed, my oncologists told me that my treatment would take six months to complete and I would be in the hospital every two and a half weeks for at least seven days each stay.

Knowing that I had so much I wanted to accomplish, I did not let cancer slow me down. I finished my treatment in about three months and smiled the whole time. On March 15, 2017, I was declared in remission and have now been in remission for six months.

I have started nursing school and plan to be a nurse practitioner and specialize in pediatric oncology. The nurses and doctors I had going through treatment inspired me to go into this field. I want to help children get through cancer like they helped me. 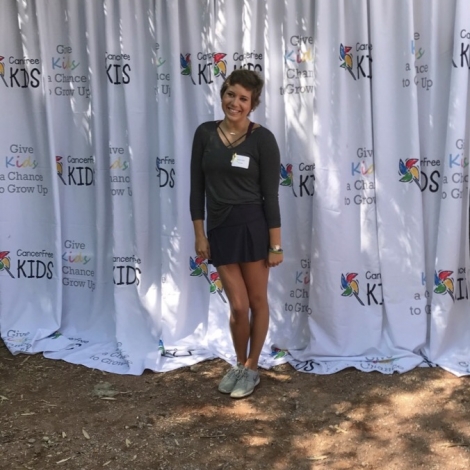