Shortly after Thanksgiving of 2008, I started feeling sick and extremely weak. By late January of 2009, I was diagnosed with stage IV aggressive Burkitt’s lymphoma.

After receiving my first chemotherapy treatment on February 2, 2009, I had a severe reaction to one of the drugs. I was transferred to the Ohio State University Medical Center and placed in the James Cancer Hospital.  After having more complications, I was admitted to intensive care where it was determined that I had tumor lysis syndrome.  The tumors were so large and the chemo hit them so hard that they exploded.  Toxins were released into my body, causing almost all of my major organs to fail.  After my condition stabilized, I was given two more rounds of chemotherapy, both of which resulted in severe and adverse reactions due to my debilitation.

I stayed at the James Cancer Hospital until the end of July.  During  this time I was on a ventilator, dialysis, heart monitors and feeding tube, and I had a tracheostomy.  At times my condition deteriorated so badly that on four different occasions, priests gave me the Sacrament of the Sick, formerly known as last rites.

My doctors decided that more chemo would have to wait until I was stronger.  At the end of July, I went to Manor Care Nursing Home because of its excellent therapy program.  It was there I relearned to walk, talk and eat.  I went back and forth between the nursing home and the hospital for transfusions, infections, etc.  In December and January I was able to have my last two chemos.  I then went back to Manor Care where I stayed until March 19, 2010.

After 14 months, over 200 units of blood products, and extensive rehabilitation, I was able to come home.  I continue, even today, to go to physical therapy.

I became involved with The Leukemia & Lymphoma Society (LLS) when my doctor nominated me to run for LLS’s Woman of the Year.  I ran in 2011 and won the title.  I have also been on the executive committee for the Light The Night Walk in Springfield, Ohio and I started the Pennies for  Patients campaign at Ridgewood Private School. I also started a blood cancer support group at the Springfield Cancer Center and enjoy my role as a volunteer at the James Cancer Hospital. 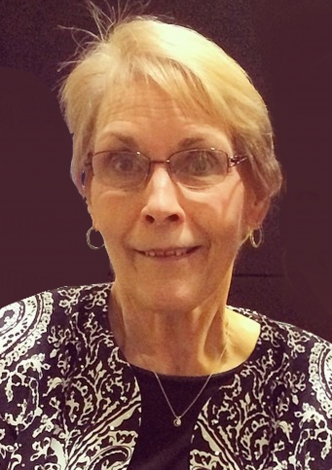