In June 2012, Dad started to notice a large lymph node that was swollen in his groin.  My immediate reaction was “Go to the doctor and get antibiotics. I'm sure it's just an infected lymph node that amoxicillin can clear up!  Right??” Wrong.

Never did I expect the next step to be a biopsy to see if it was cancer.  Cancer didn't even cross my mind.  And the last thing I expected was that Dad would be diagnosed with stage 3 diffused large B cell non-Hodgkin lymphoma. Cancer??

I didn't think this could happen to my family. There is no way this was the diagnosis.  We needed another test, because this cannot be cancer.  All I could think was ‘someone made a mistake.'  Once reality settled in, we were in for the fight, especially Dad.  He was ready to fight the biggest, hardest fight of his life and that is exactly what he has done.  In my eyes, he is the strongest man I know.

In the upcoming weeks after diagnosis Dad started R-CHOP chemotherapy treatments and would do eight rounds in six months (every 3 weeks).  By Christmas of 2012, he finished his treatment and was tested again.  After months of sickness, multiple hospital visits and overnight stays, we received the best Christmas present we could have asked for: he was in remission.  He is still in remission today and this Christmas will mark three years. He will officially be a survivor, working towards that five-year mark.

After seeing the struggle he went through and the impact on the people that loved him the most, I asked myself “how can I get involved?”  I literally googled ‘lymphoma charity’ and www.lls.org came right up.  I discussed with the family and we decided that we would start a group team under Warner & Harper CPAs and I would be the team captain.

Someday is today; YOU CAN CHANGE THE WORLD! I look forward to the day there is a cure for blood cancers! 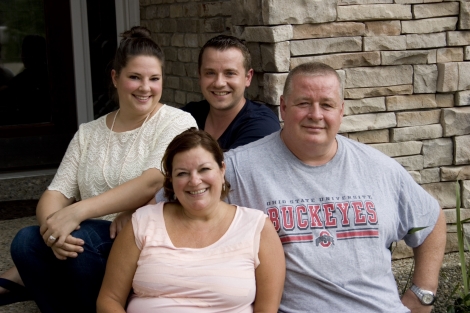